On July 27th, 2018 The Moon will go behind the Earth but this time pass through the shadow of Earth creating a geometry causing an eclipse of the Moon. This eclipse will be longest in 21st century with 103 minutes of totality. Eclipses are not rare. They happen every 6 months but central (total/annular) eclipses are rare and happen less often. Central Solar Eclipses are visible from a very small place on Earth while central Lunar eclipses are are visible from almost 60% of the Earth. 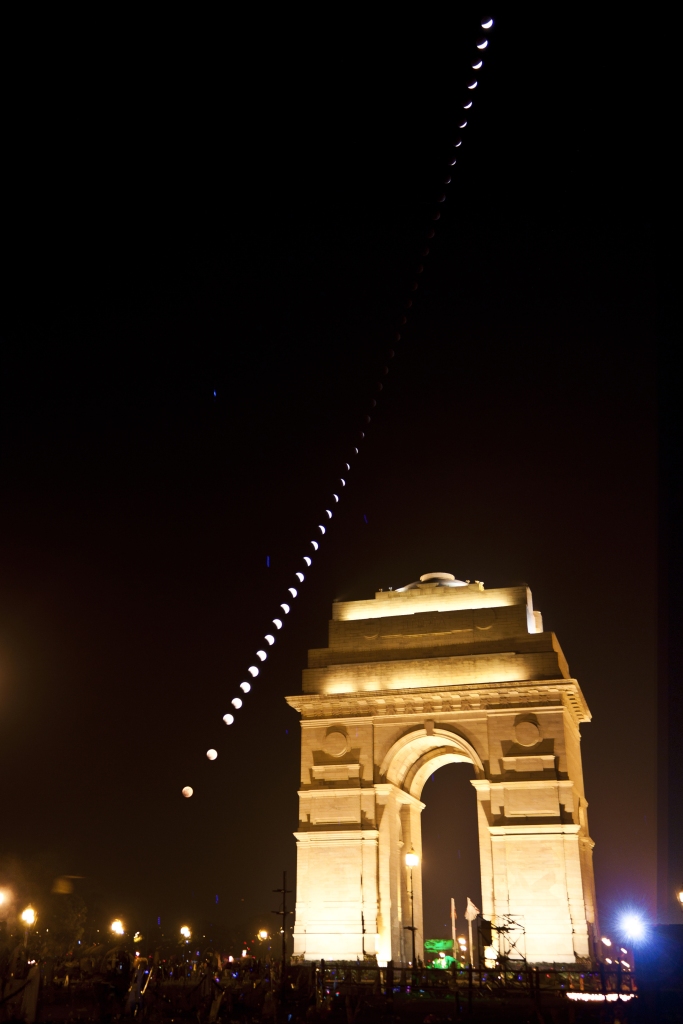 Eclipses occur when Earth, Sun and Moon all lie in the same plane. Sun is the centre of solar system while other planets orbit around it in their orbital plane (consider a table top arrangement where Sun is at the centre while Earth moves around Sun on the top of the table. This top surface is called orbital plane). Similarly moons of all planets orbit around their parent planet in their orbital plane. Luna, our moon also goes around Earth in its own orbital plane. As the two planes are inclined by 5.15 degrees every 6 months The Moon will intersect the orbital plane and it will come in line with The Earth and The Sun. This causes The Moon to block sunlight and cause solar eclipses during new moon night or causes lunar eclipses as it passes through Earth’s shadow during a full moon night. 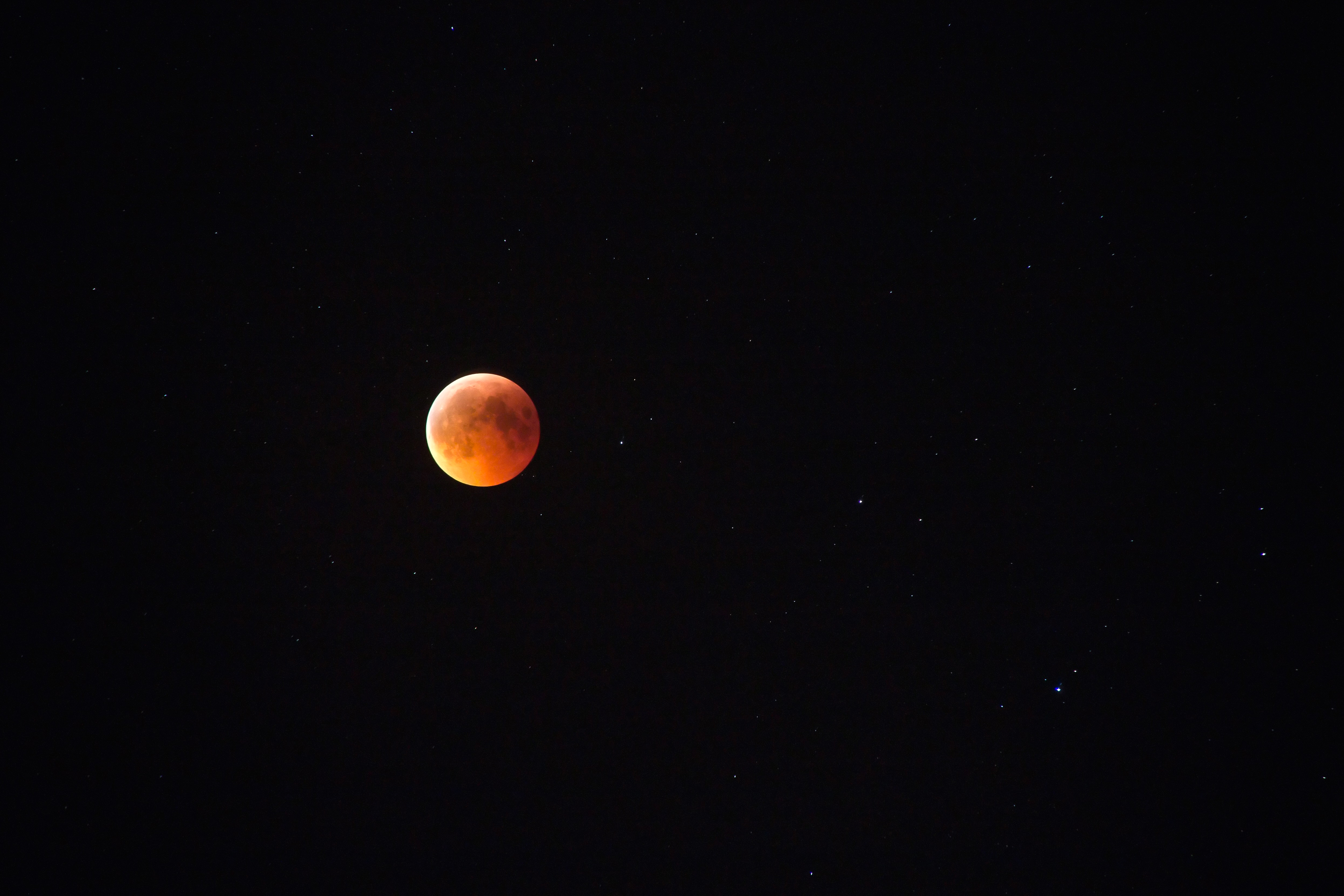 The total lunar eclipse of 2018, is a very special eclipse due to its extremely long duration. The eclipse will take place with The Moon at “apogee”.  The distance at the time of full moon will be approx. 4,06,150 KM. The Moon will appear smaller than usual due to its farthest distance from earth. Due to the distance the time taken by moon the cover the width of the Earth’s shadow will be longer. It will take 1h 42m 57s or 103 minutes approximately to cover the distance. The size of moon as seen from earth can vary by 15% between full moon at perigee and apogee (farthest distance from Earth). The Moon will appear blood or copper red during the totality phase. 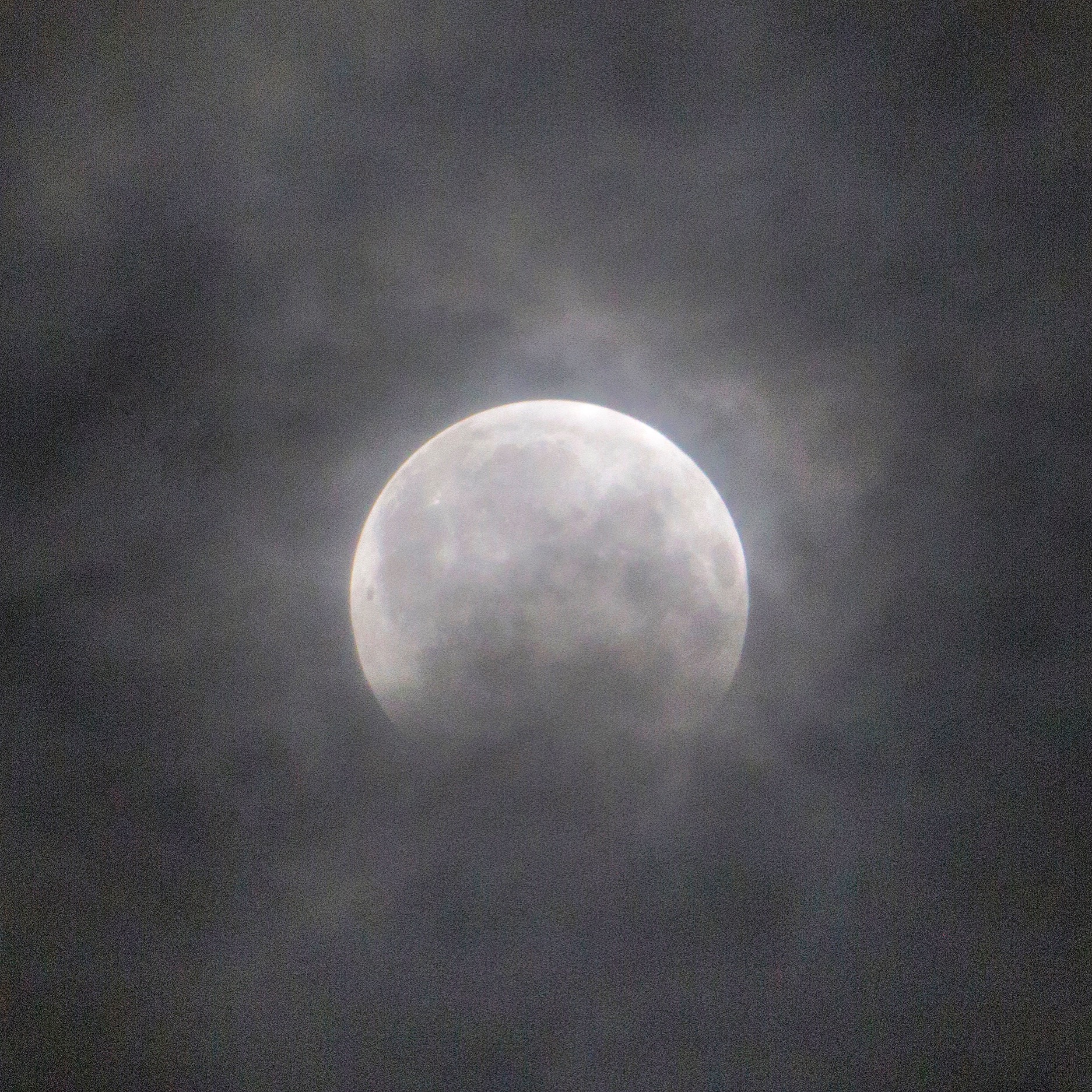 Partial lunar Eclipse of August 7th 2017 from behind the clouds, shot from Ghaziabad

During a total lunar eclipse, The Moon turns red and does not disappear like in case of solar eclipses. The redness of Moon occur due to the passage of Sun’s light through the earth’s atmosphere on the edges. All the colours are absorbed during the passage but red colour is allowed to pass due to higher wavelength. Due to refraction, the rays of light bend and fall on the Moon. This light is then reflected back to Earth and the observers see a red moon. On July 27th, the Moon will slowly change its colour from usual yellow to blood red and come back to yellow.

The following are the timings for the event:

The location for this eclipse is going to be a very tough task. July being a month of rain and clouds due to monsoon in India, it will be a difficult task to pick a location where the night will remain clear and un obstructed views of eclipse can be enjoyed.

Astrophile is organising an eclipse watch and photography tour for this eclipse and interested organisations/institutions/associations can contact us for more information about this camp and services related to this excursion.