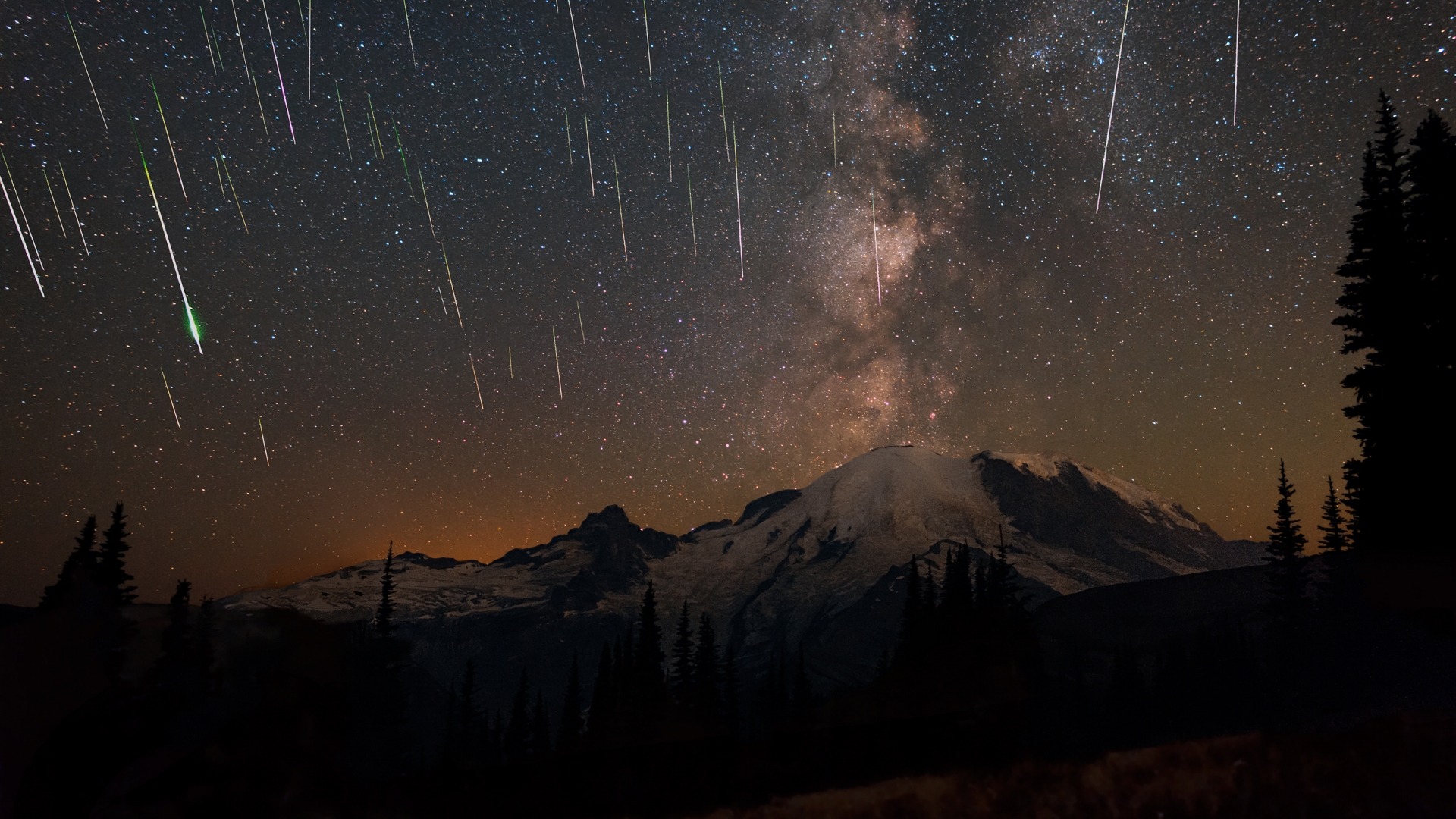 Perseids Meteor shower of 2018 is going to be the best meteor shower of the year, With peak on the night between Aug 12-13, it is expected to reach a max rate of 60-70 meteors per hour. With the Moon in crescent phase, it will set well before the rising Perseus constellation and will give the observers dark enough sky to view the meteors.

Perseids meteor shower happen when the Earth passes through the dust tail left behind by comet Swift-Tuttle between July 17 and August 24. The Earth will pass through the dirtiest and densest part of the tail between Aug 10-14 and the night of 12-13 are considered to be the best possible night to view it.

Comet Swift-Tuttle is the largest object known to repeatedly pass by Earth; its nucleus is about 26 km wide. It last passed nearby Earth during its orbit around the sun in 1992, and the next time will be in 2126. But it won’t be forgotten in the meantime, because Earth passes through the dust and debris it leaves behind every year, creating the annual Perseid meteor shower.

When you sit back to watch a meteor shower, you’re actually seeing the pieces of comet debris heat up as they enter the atmosphere and burn up in a bright burst of light, streaking a vivid path across the sky as they travel at 59 km per second. When they’re in space, the pieces of debris are called “meteoroids,” but when they reach Earth’s atmosphere, they’re designated as “meteors.” If a piece makes it all the way down to Earth without burning up, it graduates to “meteorite.” Most of the meteors in the Perseids are much too small for that; they’re about the size of a grain of sand. Skywatchers looking out for the Perseids should also be able to see Mars (visible until about 4 a.m. local time) and Saturn (visible until about 2 a.m. local time); Venus and Jupiter both set before the Perseids are best viewed (9:30 p.m. and 11 p.m., respectively).

The key to seeing a meteor shower is “to take in as much sky as possible”. Go to a dark area, in the suburbs or countryside or may be mountain with clear east, and prepare to sit outside for a few hours. It takes about 30 minutes for your eyes to adjust to the dark, and the longer you wait outside, the more you’ll see. A rate of 60-70 meteors per hour, for instance, means around one meteor per minute, including faint streaks along with bright, fireball-generating ones. Viewers are advised to bring something comfortable to sit on, some snacks and some bug spray. Then, just relax and look upward for the celestial show.